In Oklahoma, when a judge orders one spouse to provide financial support to the other it is called Support Alimony. If a judge orders support alimony, the judge must set a fixed sum of money that will be paid out over a period of months. Alimony is never indefinite in Oklahoma.

In Oklahoma, support alimony is based on:

Further, the need must have a reasonable connection to the marriage.

How do you modify support alimony?

A common example alimony in a divorce case is when the husband and wife have agreed that the wife will stay home when the children are born. The wife then spends years outside of the workforce, and when the parties file for divorce the wife has difficulty getting a job that allows her to support herself without assistance. Generally, in these cases the husband has been the breadwinner, and has been supporting the family on his own. However, there can be considerable stress on both parties when they separate because although there was enough money to pay for one household, it stretches both spouses’ budgets to support two separate households.

How does the judge figure the amount of alimony?

Generally, this is what I refer to as the battle of the budgets. The way it generally looks like in court is that the financially dependent spouse brings in a budget showing how her income is inadequate to pay her expenses, and then she tells the judge that the other side has lots of extra income. The other spouse then responds with a budget of his own showing all the expenses he is paying. The judge then has to sort out what expense are valid and what are not, and in the end figure out whether there should be alimony. If the judge orders alimony, then the judge must figure out how much to give the financially dependent spouse.

The judge determines the amount of alimony based on facts and circumstances of the case. The important factors can be the demonstrated need, the parties’ station in life, the length of the marriage, the ages of the parties, the earning capacity of each spouse, and the parties’ physical condition and financial means, as well as to the standard of living of each spouse and what they are accustomed to, and the time necessary for the dependent spouse to transition to self-supporting. If this sounds like a lot of factors, it is, and in general it is acknowledged that judges tend to each have their own way of coming up with an alimony award.

Will my spouse have to pay support alimony?

That depends. All support alimony awards in Oklahoma are supposed to be based on the financially dependent spouse’s demonstrated need, and the other spouse’s ability to pay.

Is there a formula for the calculation of support alimony?

No, there is no formula for the calculation of alimony in Oklahoma. Every alimony case is different, and the court focus on the specific facts and circumstances.

How is support alimony calculated?

Support alimony is based on the financially dependent spouse’s need versus the other spouse’s ability to pay. There is no formula.

Is Support Alimony based on fault?

No, the court is not supposed to order support alimony based on any thing either party has done wrong. Instead, the court is supposed to focus on the demonstrated need of the financially dependent spouse, and the ability to pay of the other spouse.

How do you modify support alimony?

Support alimony can be modified. A party can ask the court to modify or terminate a support alimony award by filing a motion with the court. The judge must then…
Read More 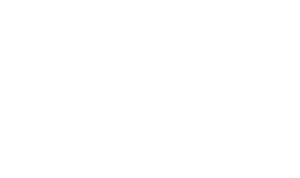